[THE SUMMARY] Finding a Cure for Fake News? 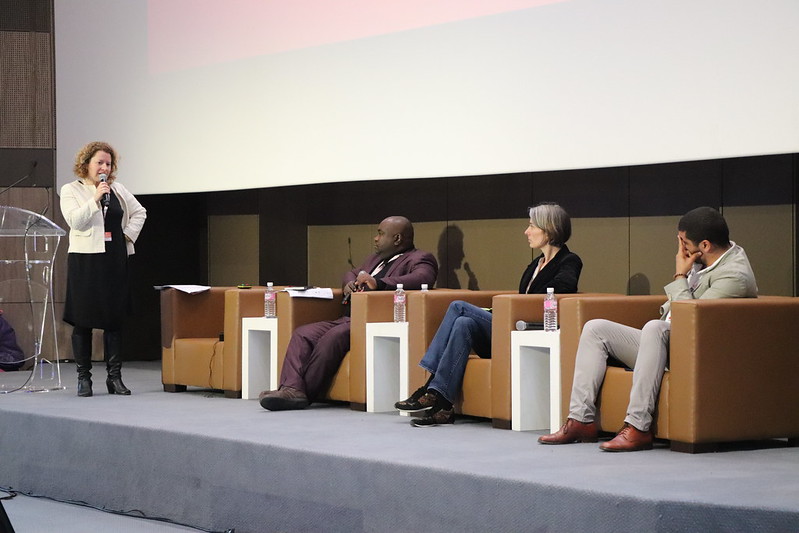 Pictures by Lucas Turci/EPJT
Day one of the International Journalism Festival and the discussion took us to the fast spread of fake news as a result, in part, of the Covid-19 pandemic – vaccinating against fake news was at the heart of the debate.
Life is slowly returning to normal following the Covid-19 epidemic. But the evidence is clear, fake news has had a major impact on the debates and on the daily lives of many. Many people have also been concerned about the arrival and spread of fake news. Some journalists have tried to focus on the solutions and the right information they could bring to the population.

In Africa the primary media output is radio, with social media also expanding quickly but equally containing a lot of fake news. The goal of the journalist here was to stay connected and in contact with the public. For example, Miss Godignon from the Hirondelle foundation, noted that a telephone information service proved extremely successful: “We received about 1 million calls per day about medical questions n 4 months”.

Indeed, people want to get informed, and they get so much false news that the real information often is drowned between the fake and propaganda. For Alhassane Abou-Mahamane the key of working in an unstable zone is “balance and editing neutrality”.

“Telling the Nigerians to not go to the mosque is complicated, we have to explain to them that it is a real illness and not only a disease for white people.”

To rid ourselves of fake news, and rumours, it is important to speak the dialect of each region and to be in contact with them: “We have around 52 radio stations and journalists in disguise in the complicated zones.”

In Tunisia, the observation was clear, the absence of fact-checking platforms was noticeable. That’s why the website is here, to ensure independence. For the journalist Ayoub Dhifallah the objective is to remain neutral. Especially after the events that occurred in the Tunisian parliament on 25th July, getting the sources and the right information became more complex.

The work of these journalists and foundations is to make the reception of the news easier for everyone and to ensure objectivity, neutrality, and sharing of knowledge to the population.