[THE SUMMARY] Spotlight on Yemen : State of journalism and medias

Find out more about the event « Spotlight on Yemen: state of journalism and media​ ». 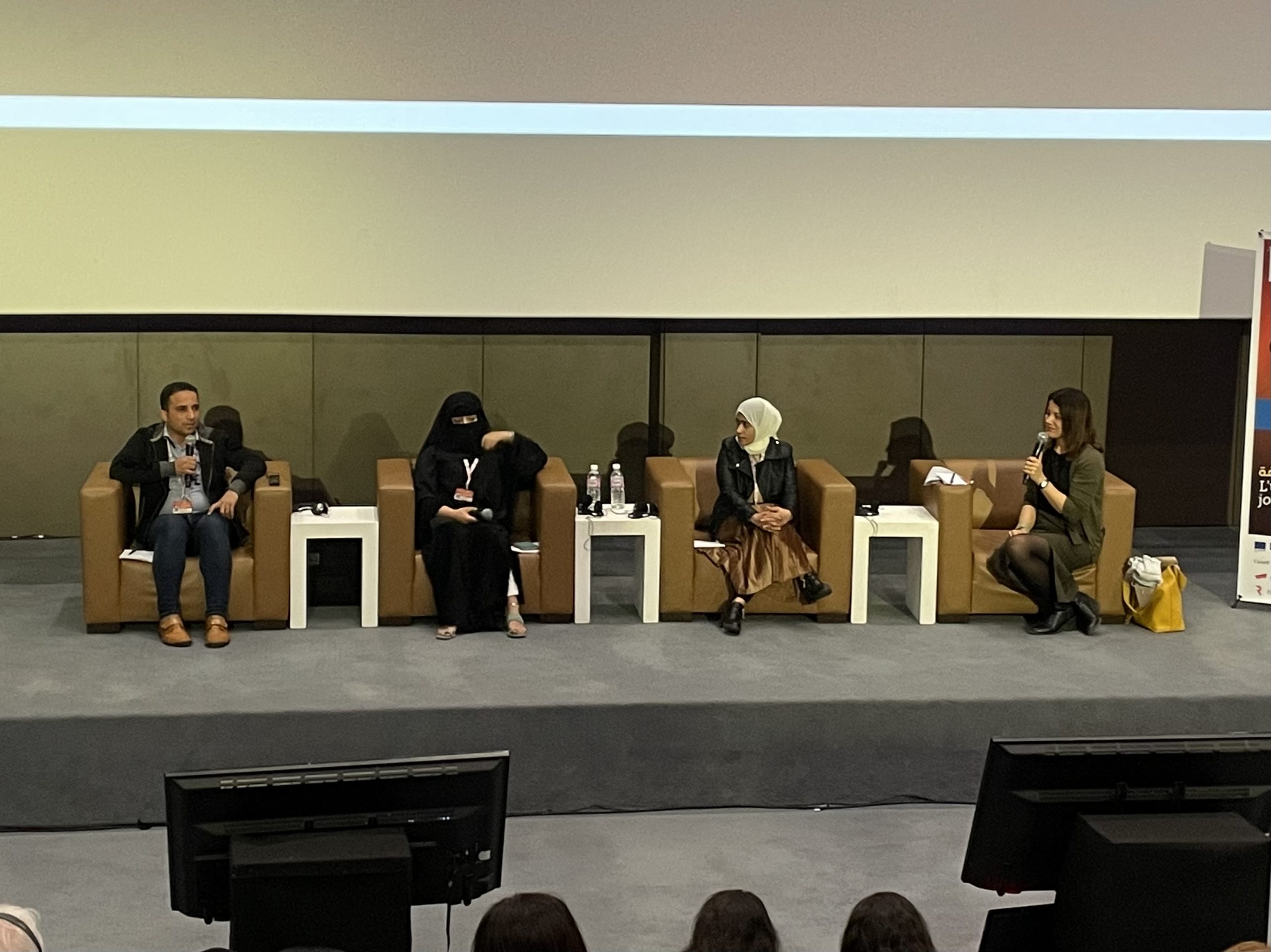 Since 2014, Yemen has been at war resulting in one of the worst humanitarian crises the world has ever faced. The war has impacted the entire civilian population, namely including journalists. They confront many difficulties and numerous dangers as they try to continue their work of informing the local population. And they can only just about get by financially through the completion of their work.

Basheer Al Dorhai: “I have a colleague who graduated from university and spent six years in prison. He was not even a journalist yet. It turned his life upside down and he left Yemen. Journalists are killed and murdered regularly. A Yemeni journalist was recently killed while pregnant in a bomb attack. It’s incredibly tragic.”

“There was an attempt to create a new law that was supposed to help the media gain greater autonomy in 2013 but unfortunately it failed. As a result, there is no real independent media in Yemen. Media output is mostly politicized and government-controlled.”

Ahlam Al Mekhlafi : “Female journalists face even greater challenges. [We] don’t have the same rights as men as a simple citizen, but journalism is also a male-dominated profession. As women, we don’t have the right to travel, to express ourselves, to dream. (…) If you publish something that people don’t like, you can be attacked in your own home. (…) This is a very sensitive profession in our society.”

“Internet connections are very unreliable. When we are looking for information, it is difficult to communicate with other journalists. Sometimes the internet cuts out for several days.”

Sahar Mohammed: “Few Yemeni journalists speak English and that’s a problem. If a Yemeni wants to meet a person from another country, there is a [language] barrier. This means that the war in Yemen has little international media coverage.”

“I believe that training programs are the primary need for journalists. […] We need quality programs, training reporters who know our communities so that they can reflect locals’ views effectively.”

Currently, there is no real independence of the media in Yemen. Output is usually government-controlled and highly politicized. The situation is further complicated by the fact that no real law exists to protect the press. Yemeni journalists take huge risks when they decide to express their voices in news-making because censorship and government control are common place. Regarding education, there are only a few regions that offers training programs in journalism and, in general, they don’t offer appropriate education. That’s why Yemen is in need of funding and support to provide better education in the field of journalism.